Thank you for your patience while we retrieve your images.

18 photos
Located in Sonoma County, California, the fort was the southernmost settlement in the Russian colonization of North America.
Operating from 1812 to 1841, it served as an agricultural base from which the Russian northern fur trading settlements could be supplied with food. The National Historic Landmark consists of several buildings surrounded by stockade walls, including a chapel and the manager's house. The name Ross is a poetic name for 'Russian.'
The Holy Trinity St. Nicholas chapel was constructed about 1825. It collapsed in the 1906 San Francisco earthquake and was re-erected in 1916. Fire destroyed the chapel in 1970 and it was reconstructed in 1973. In 2009 the park was under the risk of being closed due to state budget cuts, however a Russian organization stepped forward with funds to avoid closure. When the Russians left in 1841, they took all the chapel icons with them. The bell that hangs today outside the rebuilt chapel was recast using the original bell's materials and a rubbing which had been made of the original. It bears the inscription, "Cast in the St. Petersburg Foundry of Master Craftsman Mikhail Makharovich Stukolkin." A nearby cemetery underwent a restoration project in the early 1990s and over 150 individual 150 burials were discovered, many of which have been identified. 2013
Categories & Keywords
Category:
Subcategory:
Subcategory Detail:
Keywords:
© A Frame In Time 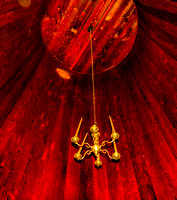